Dogs on the Woof

A few days before Halloween, Chapin, George and I attended Dogs on the Woof, held on the roof of the Loews Hotel Atlanta. A professional photographer took some great shots of George at this event, where a portion of the proceeds helped benefit the Atlanta Pet Rescue organization, and this one is by far my favorite: 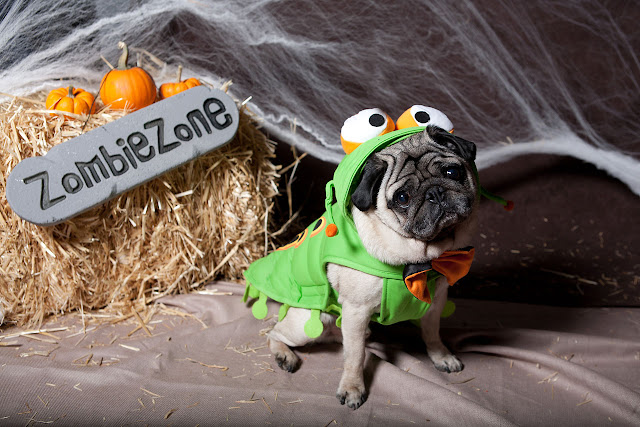 The photographer, Alecia Lauren, somehow managed -- despite all the commotion around us -- to get George to sit still long enough for several great shots. She did such a good job I may hire her for one of our next family photo shoots.

Since there was going to be a costume contest, we decided that a pumpkin, his 2011 costume, wasn't competitive enough, so we put him in a costume he wore several years ago: a caterpillar. I love the little bow tie, the tentacles and all the little feet going up the sides of the costume.


The way this costume is made, with helpful Velcro closures, even makes George seem slim! With their hearty little body types, pugs are hard to fit, and most clothing that fits George around the neck and middle ends up being too long. This costume fits better than most of his other costumes, which have included, over the years:

I think George enjoyed all the attention he received at the Dogs on the Woof event, although he did not place in the costume contest. Several people came up to us afterward and said they thought we should have won, but a Ghostbuster took that honor instead. The prizes were awesome, though, so we will probably attend next year with a more competitive mindset. 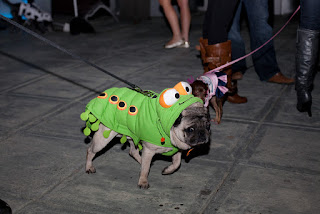 Email ThisBlogThis!Share to TwitterShare to FacebookShare to Pinterest
Labels: dog costumes, Dogs on the Woof, George