Did you watch the Oscars last night? I had my laptop open and was working during the arrivals show and then the subsequent broadcast, though I have really only seen a few of the films nominated (and only one film nominated for Best Picture: Three Billboards Outside Ebbing, Missouri).

My favorite part of the Oscars has always been the fashion. I love seeing the different color trends, the glamorous dresses, the heels, and the lavish jewels. (My favorite dress of the night? Probably Jennifer Lawrence's sleek gold Dior. Mira Sorvino's exquisite Romona Kaveza dress was a close second. I'm a sucker for that kind of immense floral detail.)

I thought it appropriate to wear something adorned with stars today, since I spent so much of yesterday drooling over them, so here I am in this casual Parker dress. Mondays are always so stressful for me; it's nice to wear something that's easy and comfortable, but still looks great. 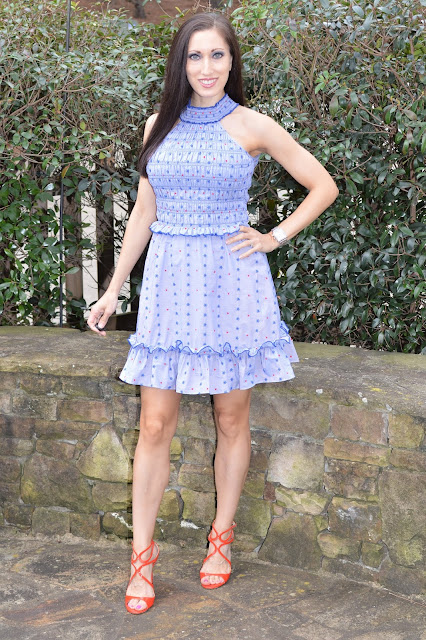 Parker dresses love showing off the shoulders and arms, and I probably have several versions of this same silhouette. I was drawn to this dress because the print and the ruffles make it so fun and feminine. While the dress looks purple from far away, it's actually blue and white striped with blue stars and red dots woven into the fabric. It's quite patriotic.

I chose to wear red shoes (by Jimmy Choo) to try to bring out the red dots a little bit more. 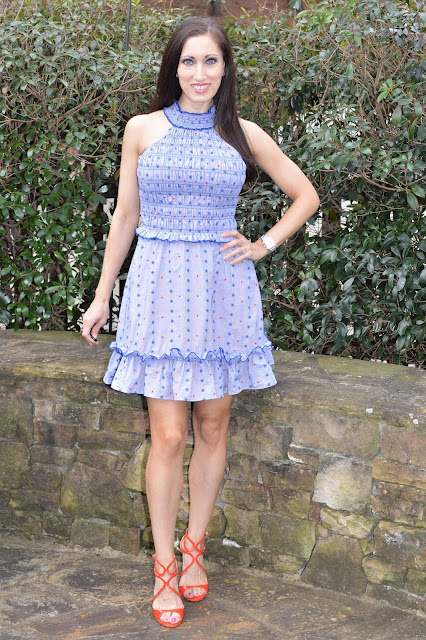