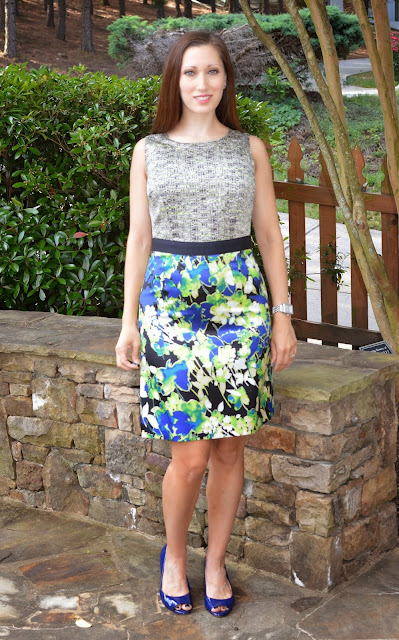 Outfit of the Day

I look so tired in this photo, and I definitely went to bed too late last night. I wasn't even doing anything, just watching some old episodes of Buffy in honor of yesterday's anniversary. (May 20th is the anniversary of the series finale: May 20th, 2003. I wasn't even married back then!)

We started with "Once More With Feeling..." and I just started watching the next few episodes, too. Season 6 was when the Spike/Buffy romance heated up, and that always sucks me in.

Today's dress isn't my favorite, but it's cute enough. I am running out of unique outfits to post on the blog, so I'm starting to scrape the bottom of the barrel. Ha! I received some Amazon gift cards for my birthday, so maybe it's time to buy a new dress (or two).
Posted by Everyday Fashionista at 5/21/2015