The Return of Nanette Lepore

It's been awhile since I've worn Nanette Lepore, traditionally one of my favorite designers. It may be a question, if you'll excuse the marketing language, of the brand shying away from its "core competencies," namely: producing American-made dresses with a chic and feminine slant. The brand has recently been exploring different avenues, including activewear and a lower priced NANETTE Nanette Lepore line, that seem to be stealing attention, and every line has suffered.

I've noticed a return to the brand's roots over the past few months, and I scooped up this sheath dress as soon as it went on sale. Although it's a little big on me and should hit me higher up (just above the knee would be perfect), I opted not to have it altered. Maybe next time I will just wear higher heels. I'm wearing a size four, so definitely size down, since the dress seems to run large. 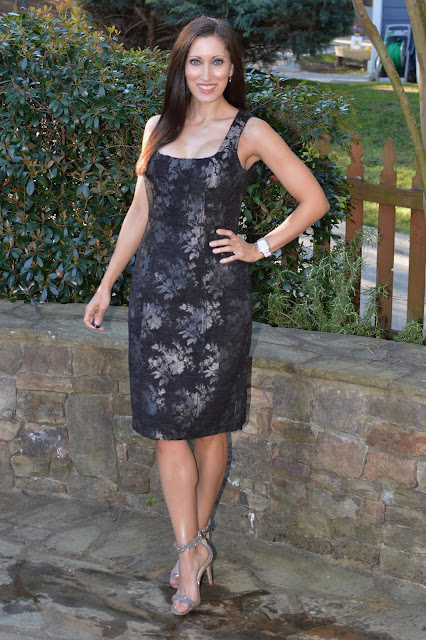 Buy the dress now on Neiman Marcus (while you can). I've been noticing that lately NM's pricing has been stellar, and things that are sold out one day are back in stock the next. I've added a few pages of dresses I like to my Internet browser's Favorites list, and have scored some beautiful dresses for cheap prices that way. Even if the dress is sold out, don't be discouraged; just check back the next day. That's a Neiman Marcus shopping tip from me to you. ;)

These sandals are comfortable and versatile, and available in a myriad of colors. They were my go-to travel sandals last summer during my trips to Charleston and Chicago, because they go with everything. Find these exact sandals at Lord & Taylor, or shop Amazon to see other options. (They are super cute in black and white stripes.)

I had a fun and relaxing weekend, and hope you did, too. Here are a few highlights:

With the weekend weather in the low 70s, it was the perfect time to attend a monthly pug meet-up group. Although we used to go to the one at Piedmont Park pretty regularly with George and Izzie, after Izzie passed away, our trips were few and far between, and soon became non-existent when George started having trouble with his legs. We took Norman to the Marietta pug meet-up group soon after George passed away, but I spent most of our time there crying, so we didn't go back... until this weekend. We thought it was a great opportunity to let the boys get some energy out, socialize and enjoy the good weather.

Here are a few photos:

My parents had us over (along with my sister, Laura, and her family) for an early Easter celebration on Sunday. I made Carrot Patch Brownies for the occasion, although mine were pretty sad looking (but still tasty) compared to the recipe photos. Oh well... at least I tried! 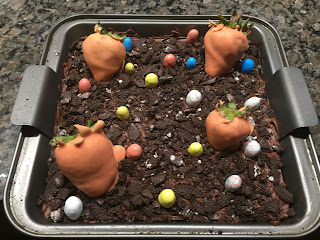 We've had perfect running weather in Atlanta lately, and I had a great time (under an 8 minute-mile) during my run on Saturday afternoon. I didn't even notice much pollen; I guess the recent hard rains we had last week washed everything away.

Have a great week! 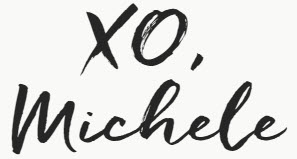