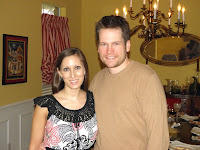 It's always hard to come back to work after a long weekend, and today was no exception. Thanksgiving 2010 turned out to be very relaxing and fun, full of good food and wonderful company.

Chapin, George and I left Wednesday for Daphne, Alabama, to spend the holiday with his family. It is a long drive - about five and a half hours - and Chapin and I fill the time reading (well, I read out loud to Chapin) and listening to music. We always stop for snacks at the same place in Montgomery, which is about halfway between Atlanta and Daphne. I gobbled up some Guthrie's as soon as we arrived. I love Guthrie's and its sister chain, Zaxby's, for the chicken fingers, sauce and fries, even though I am pretty sure that sauce has mayo!

Anway, we finally arrived in Daphne on Wednesday night, and were so excited to see everyone: Sheila, Nix, Stacey, Daniel, Grayson, Finn, Xin and Ella. Although I was really missing Izzie, it was nice to see this side of the family. Due to the distance, we really only see them a few times a year, and the kids are growing up fast. 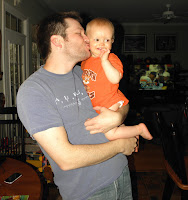 Finn is a sweetheart, and always has a smile ready for you... when's he's not eating. :) He discovered how much he loves turkey and sweet potatoes this weekend. I love this pic of him in his Uncle Chapin's arms. I believe this was just after Auburn's Iron Bowl win. 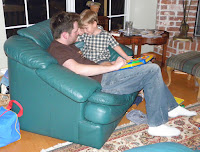 Grayson is curious, smart and gentle-hearted. He loves animals and took an immediate shine to George. Gray would chase him around asking, "Will you play with me, George?" or just pronouncing, "I love you, George." I enjoyed reading to Gray in the big comfy chair, and Chapin bonded with him as well as they read an alphabet book together. 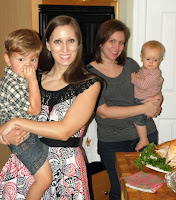 Of course, the weekend was not complete until the Iron Bowl! It's Alabama versus Auburn, and in this house, if you're not rooting for Auburn, you best be on your way.

Although the game started out badly for Auburn, they were triumphant in the end... thank goodness! Chapin comes from a unique family: his dad's side of the family, still in Birmingham, are all Alabama fans, and his mom's side of the family roots for Auburn. When Louie called Chapin after the score hit 21-0, in favor of Alabama, he refused to answer the phone! 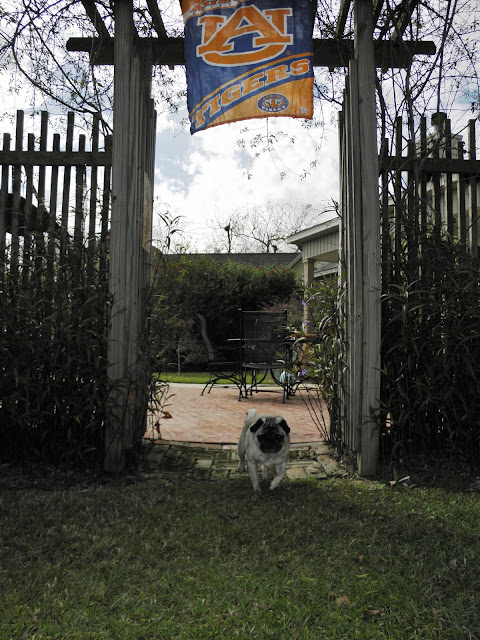 Other highlights from this weekend included:

Email ThisBlogThis!Share to TwitterShare to FacebookShare to Pinterest
Labels: Thanksgiving