Delectable Dessert of a Dress

How could I resist a dress named after my favorite dessert: the cupcake? Kate Spade New York always delivers with ultra-feminine dresses, and this fit and flare silhouette is no exception. I love the bold blue color, too, to help make my light eyes pop a little more than usual. I know I already have a lot of blue in my closet, but it's my favorite color! 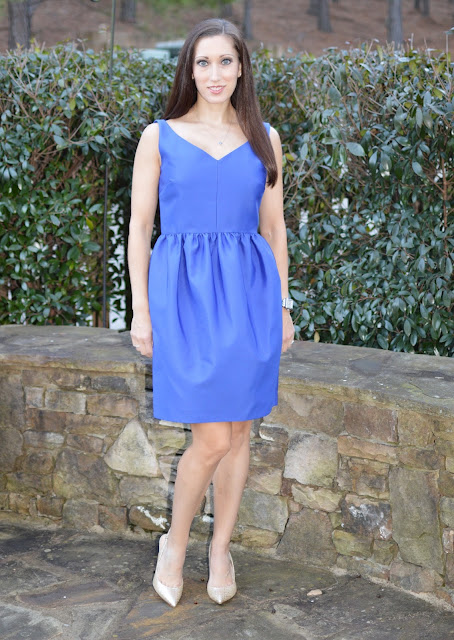 The dress is still available at the following stores:

You can also find an embellished version in black at KateSpade.com and Bloomingdales. 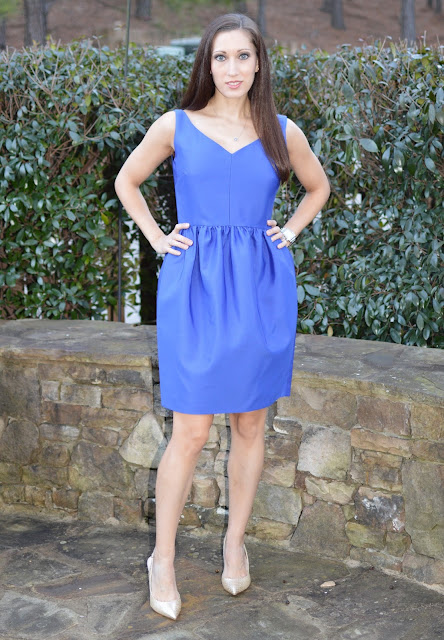 Chapin and I have been carpooling this week, and that's probably one reason I look so exhausted. I work out in the mornings, and then take my time getting ready, even stopping to watch Good Morning America while drinking my coffee and eating breakfast. Now I have to rush through my morning routine to get out the door on time. Hopefully, we won't have to carpool for long!

Here's an update on what I've been reading and watching lately:

Listening: I am listening to a really random playlist right now that includes Whitney Houston, The Railway Children, Vance Joy, Echosmith and others. When I run outside, I like to use Rock My Run, an app that lets you stream playlists according to your tastes. I'm a big fan of all the 80s mixes, especially this 80s Soundtrack mix.

Watching: I just finished watching the ten-part Netflix series Making a Murderer, about a wrongfully convicted Wisconsin man (DNA proved he was innocent) who gets out of prison after 18 years... only to later go on trial for the brutal murder of a young woman. Steven Avery and his nephew are both now serving time for her death.

When I originally heard about the series, I thought the title referred to the fact that prison turned an innocent man into a murderer, but it's actually about the justice system. From everything I've seen, I'm not convinced Steven Avery is actually guilty. There is certainly reasonable doubt in my mind, especially when it comes to the evidence presented at trial. It really does seem like he was framed.

Chapin and I have discussed the series at length, and Chapin believes Avery is the guilty party. If you've watched it, I'd love to discuss it with you. It's had me captivated this whole week.

I also wrapped up watching Pretty Little Liars about a month ago, and just watched the first new episode of Season 6 this week on Freeform. If anything positive can be said about the month of January, it's all the new TV available!
Posted by Everyday Fashionista at 1/14/2016