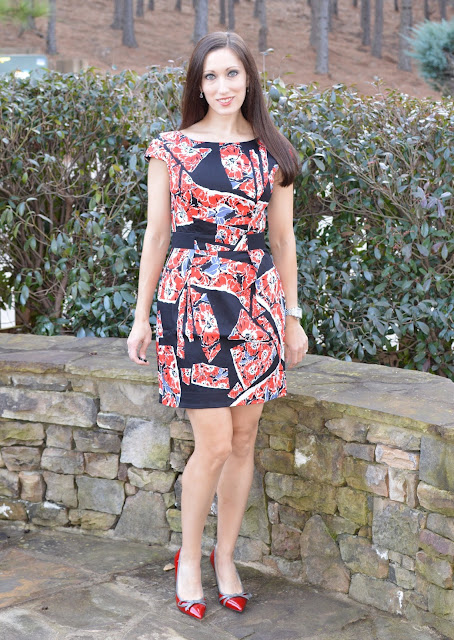 The dress is still available at the following retailers:


Remember: French Connection sizing runs small, so order one size up. This brand is not very well made (no lining on this dress, for example), so I would NEVER pay full price. I prefer to pay under $50 for a French Connection dress... preferably even less.

The weather was in the 50s today, which is a nice change after a cold weekend. Although we had planned to have a nice, relaxing weekend... it didn't turn out that way. Norman and Walter (we call him Wally) are just not getting along. They seem to be competing to be the "pack master," and though they have had episodes before, starting Friday night, they can't even be in the same room together. They bark and try to attack, and just don't stop.

In trying to separate them, Wally bit me on the leg, and Chapin on his chin. It got so bad, I took Norman to spend a few nights at my parents' house (which he is enjoying immensely).


We are going to meet with a dog trainer very soon so we can try to find a way for them to live together. I just don't know at this point what's going to happen. Chapin and I are so stressed out about it! I never knew that having two male dogs could turn out this way...
Posted by Everyday Fashionista at 1/25/2016